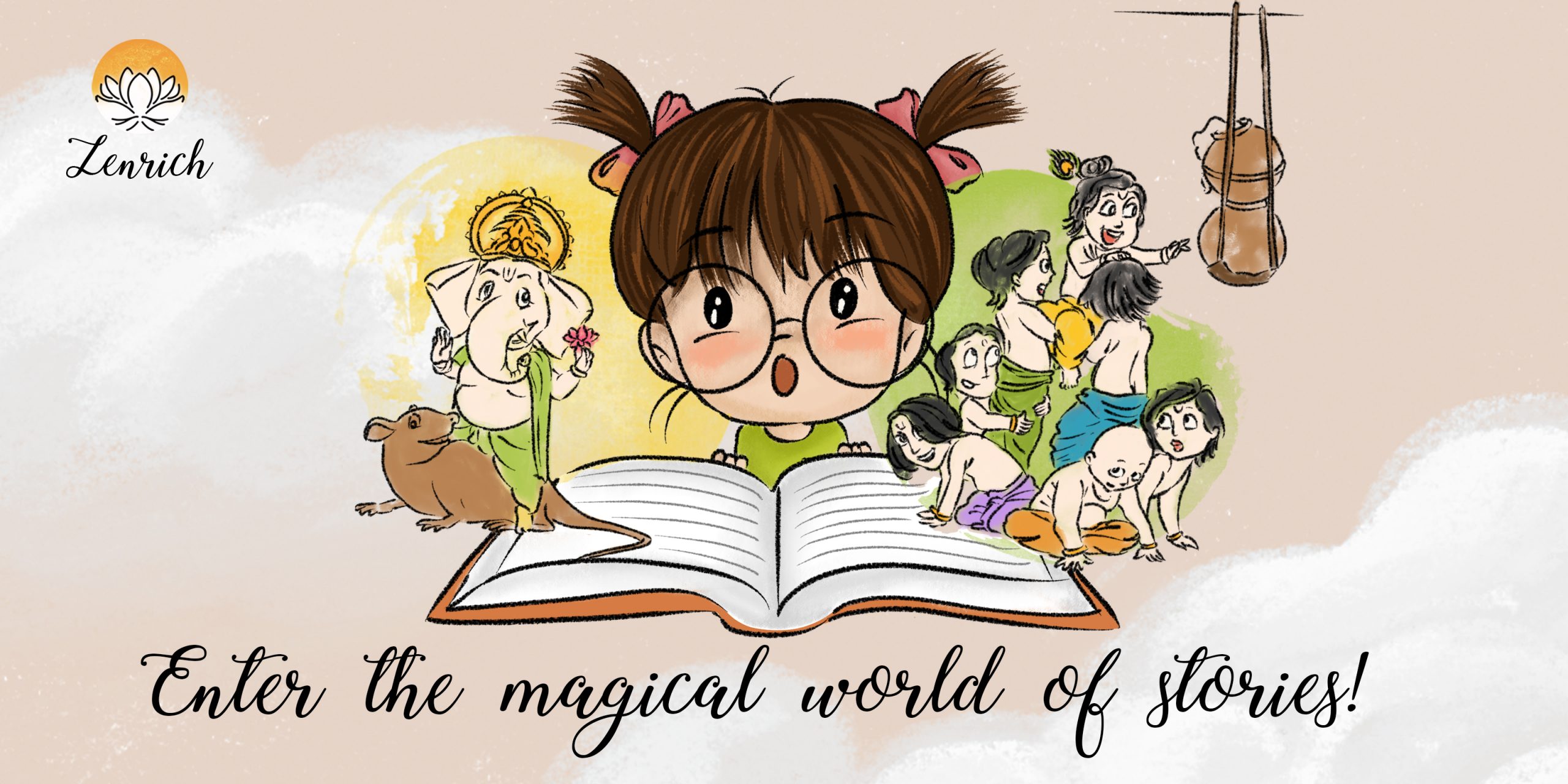 Did you ever dream of being a superhero as a child? Becoming a vigilante, fighting off the bad guys, bringing peace to all?

Then, you grew up and the bad guy you are fighting now is the world itself: cold, uncaring and selfish. In the scheme of things, you are invisible and your dreams are barely a dot on the surface of society’s canvas. Or so it seems.

Have you thought about what it would be like to go from being Invisible to Invincible? To have the forces of nature at your command?

This is not just possible but probable. This is what Zenrich 2022 promises for your child: the planting of a kernel of truth, the seed of invincibility.

Invisible to Invincible – Series 1 took the kids back to the root of it all – Sanatana Dharma – and how each child can explore for himself the powerful and beautiful aspects that remain hidden within themselves.

But practically, would we ever believe such a statement? That we are invincible? 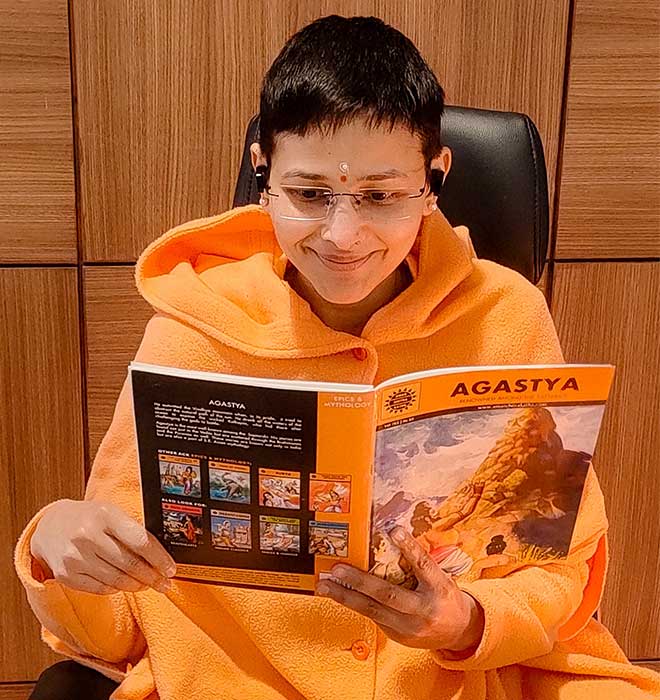 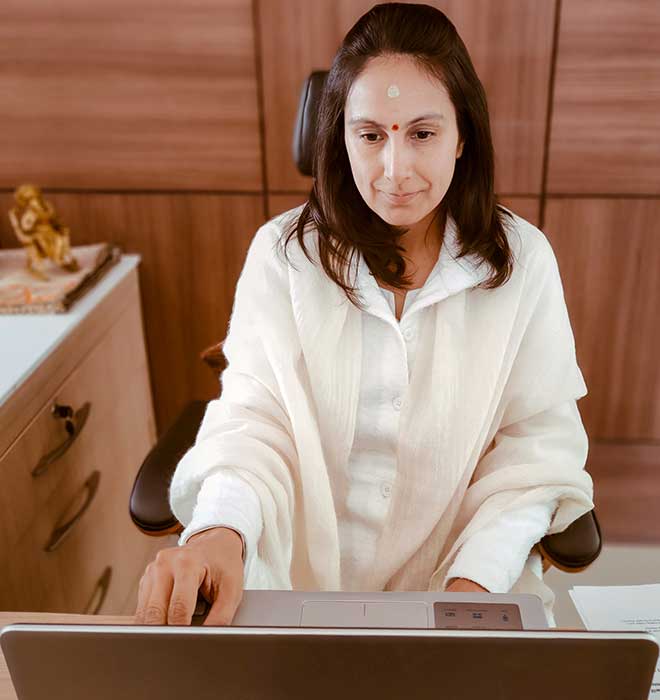 This is where Zenrich’s competent facilitators stepped in. Sadhvi Vrinda Om and Sushree Nishtha Om brought forth incredible stories from our scriptures, sending the strong message that if our ancestors attained the status of God, so can we.

“The entities we worship as Gods [in Sanatana Dharma] were once our ancestors. They roamed our planet like you and I move about now. There is an eternal, intricate and definite link between our ancestors and us. They live in us. We carry their genes. It is not unreasonable, therefore, to conclude that if they attained the status of “God”, we too have the same potential.” – Om Swami

Sadhvi Vrinda Om narrated the story of Sage Agastya to a rapt young audience. How did he conquer the demons that are but an external manifestation of what lives in us? How did he become superhuman? The answer is simple: selflessness and goodness. There is but one duty for a selfless, good person: use all our skills, goodness and intelligence to benefit, not only ourselves but others too.

Sushree Nishtha Om’s example was the obedient Bal Ganesha. Why did Lord Shiva behead Ganesha when he was merely performing his duty? Was Ganesha right in the manner in which he defended his mother’s privacy? Why was he eventually bestowed with an elephant head instead of a human one? Sushree Nishtha covered all this and more in her captivating session. Deep lessons about Lord Ganesha’s wisdom, playfulness and power were highlighted, along with how the ego blocks the flow of wisdom in our lives.

But what’s selflessness and wisdom without the bravery to put it into practice?

Sadhvi Vrinda Om covered it in her next session. The story of young Abhimanyu – his valour, his incredible courage in the face of looming loss and his fierce warrior spirit – was a moving tale. His sacrifice for the greater good eventually helped the Pandavas win the war. His cruel death angered and revitalized them, and they obliterated the enemy.

The enemy may be anger, resentment, lack of growth or any of the myriad things that challenge our children today. Imagine if they could harness their energies to rise above these petty things, if they could pursue creativity instead of negativity? What if they chose to unleash their potential and become invincible in the face of life?

The biggest lesson: Age is never an obstacle.

Each of us has a contribution to make to this world. It’s not big or small, it just is, whatever ‘it’ may be. Young or old doesn’t matter. Each one of us has the right to our dreams as much as anyone else. And no one can take your dreams away from you. – Om Swami

Sushree Nishtha Om used young Dhruva’s story to illustrate human potential at its finest. His intense penance, willpower, determination to meet God just so that he could ask to sit on his father’s lap recounts the story of how a child of five went from being human to superhuman; from being invisible, yearning for his father’s love, to invincible.

His sincerity and hard work earned him not just the darshan of Bhagwan, but also made him a literal eternal star. This was Sushree Nishtha Om’s most profound lesson – a child has the ability to attain anything they wish to, right now, in this very life. Don’t wait for the ‘appropriate’ time. Start now. Procrastination will only lead to a delay in achieving your goals.

Sadhvi Vrinda Om also did a session for parents, which covered the four parenting styles – permissive, authoritarian, neglectful and authoritative. The ideal parenting approach is a perfect combination of the child’s voice and the parent’s, along with open communication, ownership of action, and copious love and respect.

The family is the centre of a child’s world. Parents gained an insight into their own expectations, approach and demands, as Sadhvi Vrinda Om emphasised the importance of love, togetherness and understanding.

With a strong emphasis on empathy, Ravi Gulati brought insight and a change in the children’s perception, encouraging them to look at every situation of conflict from the other person’s perspective.

Becoming a superhero is a lifelong journey. But it is attainable. It is in our hands, it is within our reach. As Zenrich 2022 takes it to a whole new level with stellar guest speakers, awe-inspiring tales and a future session with Swamiji, the series will continue to show us how.

Spread your wings and take a flight. Up high and beyond. Into serenity, bliss and truth.
~ Om Swami