“True mental toughness, or the brainpower that’s essential to breaking free of the shackles of the mind, comes from challenging my beliefs about what I think I can do and then decimating them by doing more or better than what I ever thought I could do. And to accomplish such a feat, I must be prepared to train my mind.”

The second series of Zenrich workshops for The Rising Stars, the ashram’s online community for children, saw close to 70 enthusiastic participants taking part. The six sessions, which took place from December 20, 2020, to January 31, 2021, focused on the importance of training the brain to study better. It was the perfect time for the kids to put their smarts to use with the final exams nearing!

The series, aptly called Train the Brain, covered a wide range of topics, from taking charge of one’s life to how we all possess multiple intelligences within us. Facilitators Sadhvi Vrinda Om, Sushree Nishtha Om, and Ambika Om took the children through many tips and tricks to make academics seem surmountable and fun! 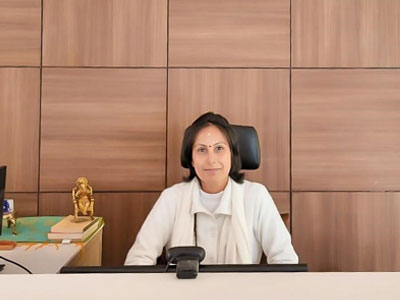 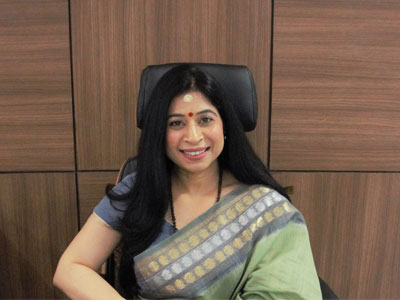 Sadhvi Vrinda’s sessions focused on how the fear of examinations and studying stems from a lack of preparation and focus. This naturally leads to stress and anxiety. She highlighted interesting techniques that would help overcome this fear, including the wonderful Five-more Rule. Whenever one wants to stop or give up, all they have to do is five more of what they’re doing. For example – five more pages of reading, five more sums, five more minutes of meditation, five more minutes of sleep too!

Another great technique she spoke about was the 3 by 3 Method to deal with stress. When one feels worked up or out of control, all they have to do is identify one physical object in the environment. It could be a water bottle, a table, or even your dog or cat! Name out loud what the item is, take a deep breath, and repeat it three times. This brings one back to the present moment, helps in calming oneself down and grounding themselves. The technique was inspired by Phil Boissiere’s TED talk on mindfulness.

As Swamiji says, “The right practice leads to an inevitable expansion of consciousness.” And the most crucial practice Sadhviji highlighted in her sessions was taking charge of one’s life and controlling the mind’s tendencies. Then, there is nothing to be afraid of, for it is all in our hands.

Sushree Nishtha Om’s sessions focused on psychologist Howard Gardner’s theory of Multiple Intelligences. It says that everyone possesses nine kinds of intelligence inside them, including verbal-linguistic intelligence, naturalist intelligence, bodily-kinesthetic intelligence, or intrapersonal intelligence. She elaborated on all of them, speaking about how each child’s aptitude is different. An awareness of what one is more inclined towards will help one study better by using related techniques.

For example, a more musically inclined child would benefit more by listening to instrumental music while studying. He may read notes aloud to make more sense of them or even come up with rap or song-to-remember concepts! A more logically inclined child may choose to categorize their notes by creating graphs, spreadsheets, or tables. He/she may conduct experiments to make sense of science concepts or participate in debates to reason out a particular topic. Sushree ji shared an online link to the Multiple Intelligences Assessment through which everyone was able to figure out which intelligences were most prominent in them and which they could develop further. She also provided useful memory techniques like chunking, mnemonics, and most importantly, good sleep, food, and exercise.

There are multiple ways to study. Understanding which of the various intelligences we are naturally drawn towards will make a world of difference in working well. As Swamiji says, “It would help to see the brain as a type of power, a force. This power is harnessed and multiplied by shedding limiting self-beliefs.” There is no single right way to study or work. Figure out your own method.

Ambika Om’s sessions focused on two essential aspects of study and success – time management and goal-setting. There is little that can be accomplished without control over these two factors. She spoke about how we can manage our time, including the creative reminder, the 6P Formula – Proper Prior Planning Prevents Poor Performance. Prioritizing the order of subjects to study, saying ‘NO’ where necessary, and setting deadlines for oneself is the key to using one’s time effectively. When one learns to work deeply with complete focus on one task, it naturally propels one towards success.

She also expanded on how setting a goal for oneself is “the first step in making the invisible indivisible.” In other words, a goal gives one a concrete plan to work towards and achieve. It can be long-term and short-term. For example – aiming for a 90+ score in a subject by the end of the year would be a long-term goal. Setting aside 30 minutes each day to read up on a topic from that subject would be a short-term goal. The short-term goal helps one get to the long-term goal.

A useful goal-setting technique she shared was the SMART Goal – a Specific, Measurable, Achievable, Realistic, and Timely goal. To reach such a goal, one must work hard, persistently, and with complete determination. When one commits to it by taking full responsibility for it, success is ensured. In Swamiji’s words, “I am yet to meet any successful person who isn’t self-disciplined. Self-discipline is one of the ways to build your brainpower.”

The three facilitators shared many more such tips focused on retention, revision, revamping habits, and rest.

The seventh and final session was for the parents and led by Sadhvi ji. She spoke about the importance of a robust support system at home. The home is a child’s first safe space. It remains so by keeping it a haven of trust, laughter, and sharing. According to Swamiji, “What really shapes a child is the environment at home. A parent is often a child’s first introduction to the world. They are nothing short of a God for the little child.”

The series drew to a close with the announcement of the winners for the Creative Writing Challenge. Aditya Nair, Nihaal Singh Bajwa, and Shreyank Sharma took home the 1st, 2nd, and 3rd prizes respectively. Certificates of Appreciation were given to Omkaar Mulye, Hemanya Vashishtha, Shubha Kambhampati, and Smrithi Shridharan.

The next and final series will be back in a few months. That’s all for now, folks!