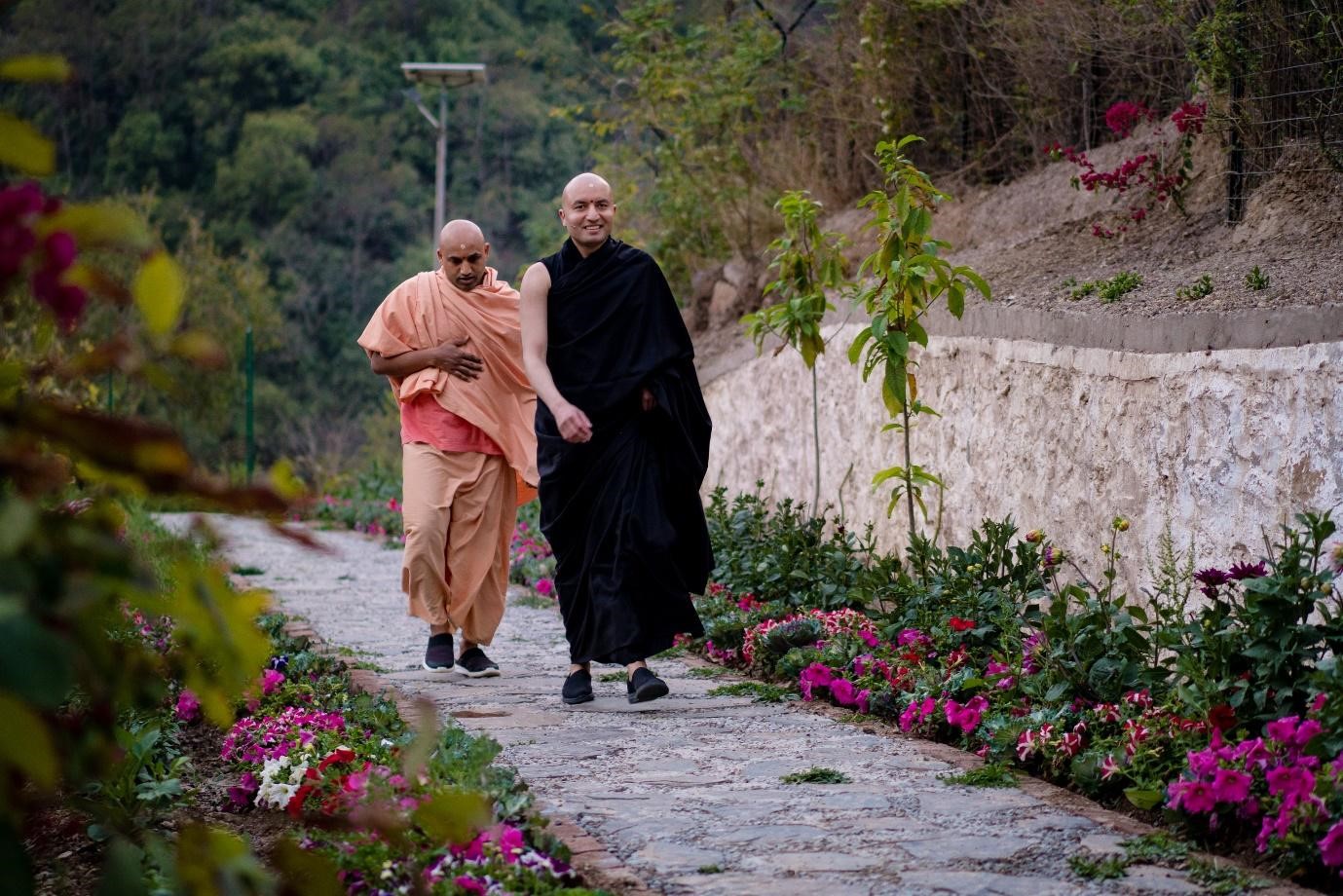 The day of Maha Shivratri dawned bright and sunny with a small breeze blowing through the trees. The air around the ashram seemed different, charged as if readying itself for the arrival of Mahakaal.

The Shivratri abhishekam performed by Swamiji to the chants of the ancient Vedic stotra –  Rudram and Chamakam, was a treat for sore eyes, a soothing balm for the hearts of all the devotees. Swamiji, totally absorbed, was a picture of concentration as he gently rubbed the face of Sri Hari’s vigraha with a loving and caressing motion. The smiling countenance of Bhagwan looked playful, as though tickled by the flowing and cascading milk, water, and other ingredients poured on Him. Sri Hari stood majestic, regal, smiling radiantly, and accepted the offerings of milk, yogurt, and clarified butter offered so lovingly by Swamiji. 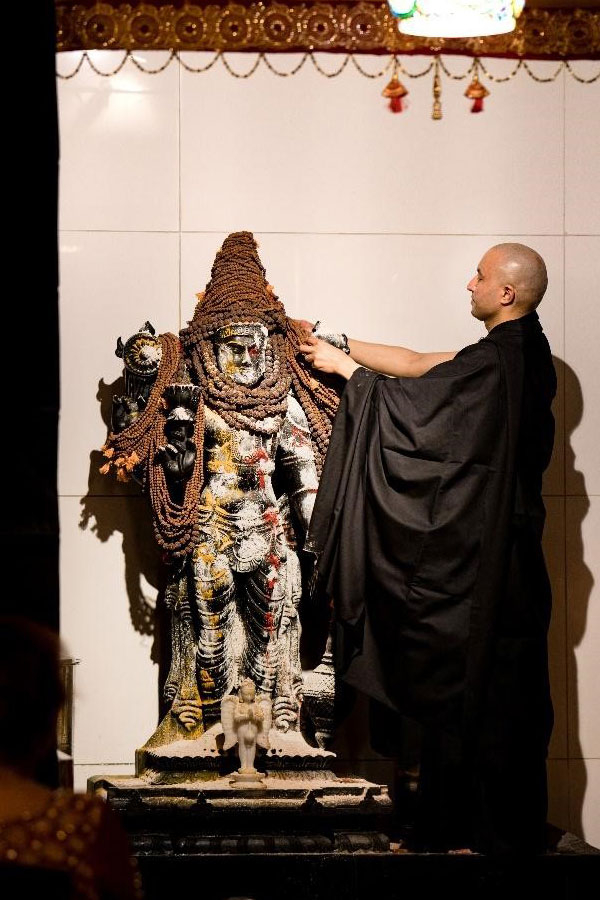 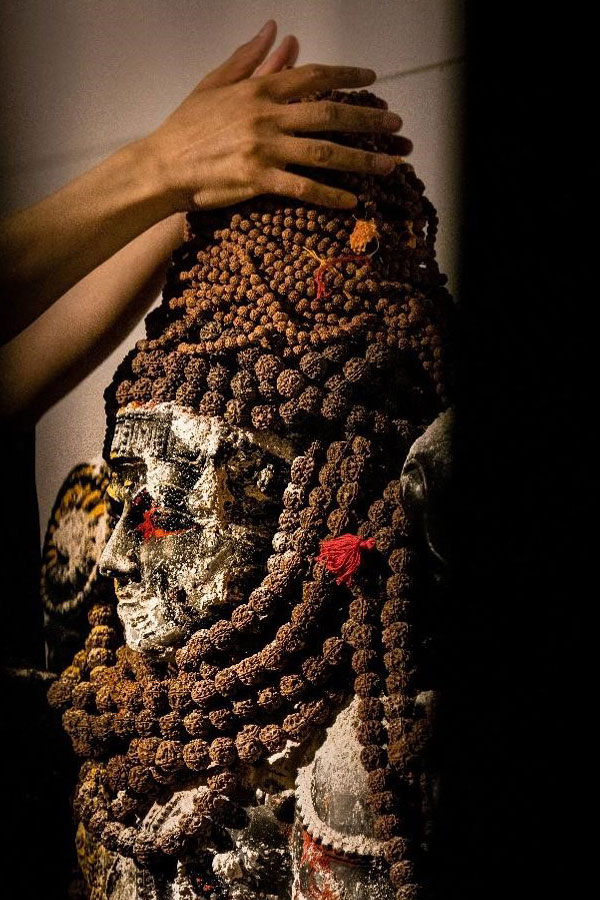 He then performed a series of mudras (handlocks)  and offered haldi (turmeric) to the right and kumkum (vermilion) to the left side of Sri Hari, thus worshipping both, the feminine as well as the masculine aspects of Bhagwan – Sri and Hari. Sacred ash was offered and the smiling form of Sri Hari was transformed into the mystical, tranquil, and inscrutable form of Mahadev in front of our eyes. Shiva stood resplendent in his form of Ardhanarishwar. Rosaries of Rudraksha beads were offered to Bhagwan. Swamiji draped them over the vigraha, transforming the golden crown of Vishnu to the flowing matted locks of Shiva. The abhishekam complete, he joyously hailed the glory of Shiva and Sri Hari. 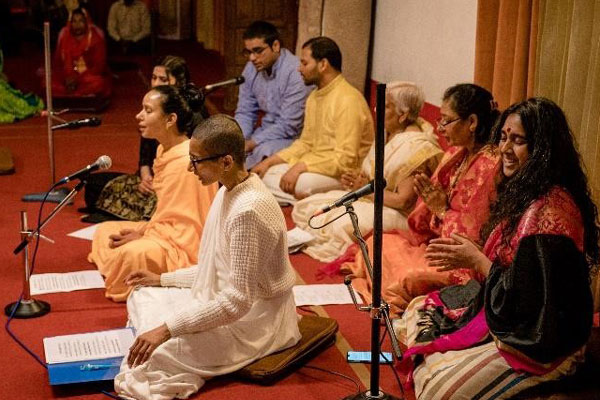 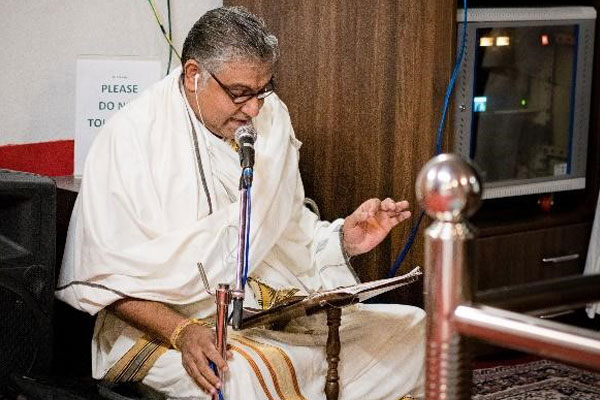 Answering the question on why the lights were turned off during the aarti, Swamiji said that Ishwar (God) is self-illuminated. In the light, He can be seen in any state but one has to learn to see Bhagwan in the darkness. We can’t see the Divine with the eyes of the gross body. The Ishwara is tamohaari (annihilator of darkness). To see Him in the tamas (darkness) of our inner consciousness is vilakshan (a remarkable thing.)

Speaking on the significance of staying awake and worshiping on Shivratri, Swamiji said all worship of Shiva and Devi is performed at night. The morning rituals of offering water to the shivlinga(abstract representation of Lord Shiva) denotes the end of the puja.

In the dark hours of the night the world sleeps, and the yogi awakens, and when the world awakens, the yogi sleeps. 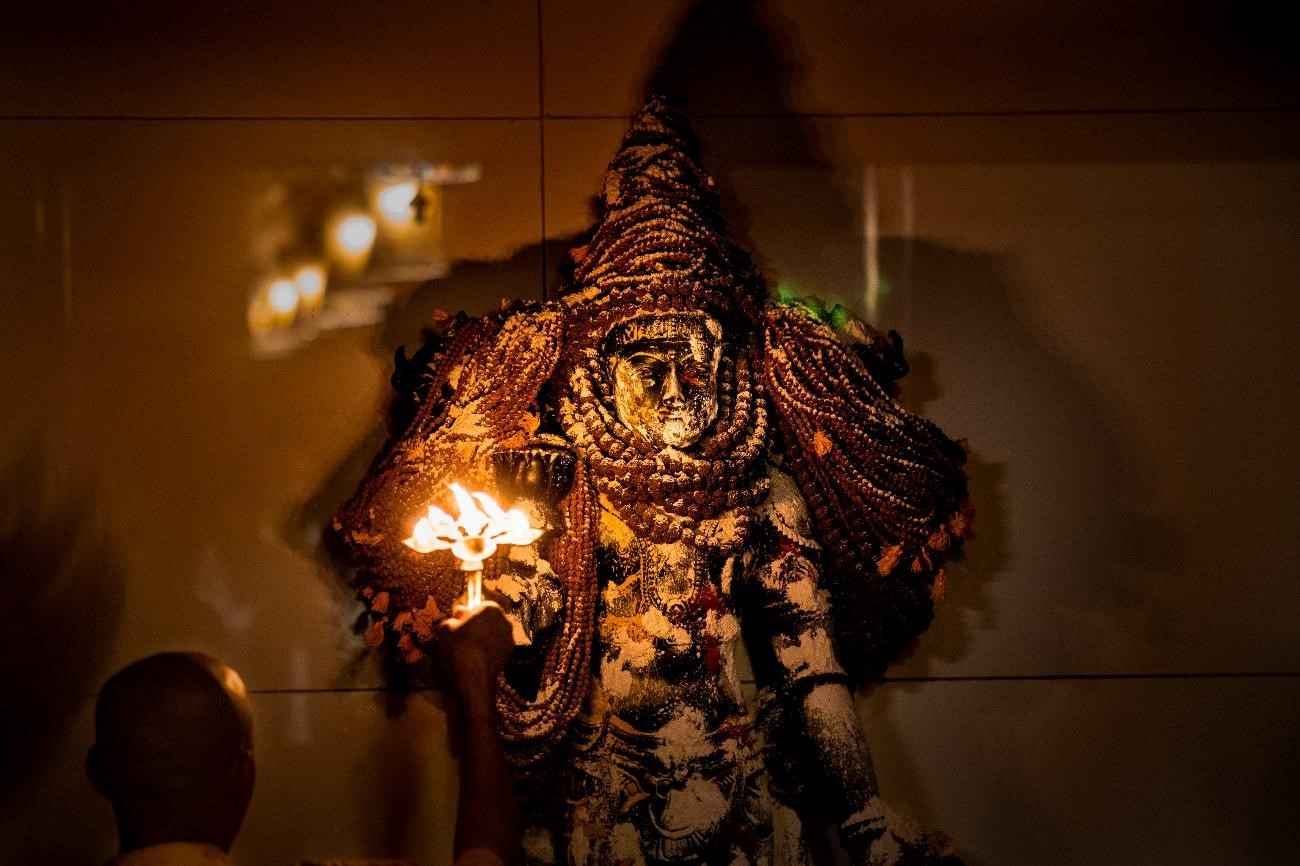 The worship on Shivratri is done 4, 6 and sometimes 8 times during the night to the accompaniment of the extremely auspicious and powerful Rudram and Chamakam stotras. Bilva leaves and other sacred items are used in the worship. The abhishekam performed with Rudraksha beads at the ashram is slightly different, as it involves the tantric aspects of worship as well.

Swamiji further said that certain nights in the year are swayamsidha (inherently powerful) such as the nights of Holi, Shivratri, Diwali, Krishna Janamasthami, Navratri and Ram Navami. Any sadhana (methodical discipline to attain a spiritual goal) undertaken on such auspicious nights leads to manifold success. On these nights, the collective energies of sages, seers and siddhas (enlightened ascetics) who may not be with us in the physical form support us. Besides these days, certain nakshatras (constellations), such as the Guru Pushya nakshatra, are also very auspicious and conducive to undertaking any sadhana. 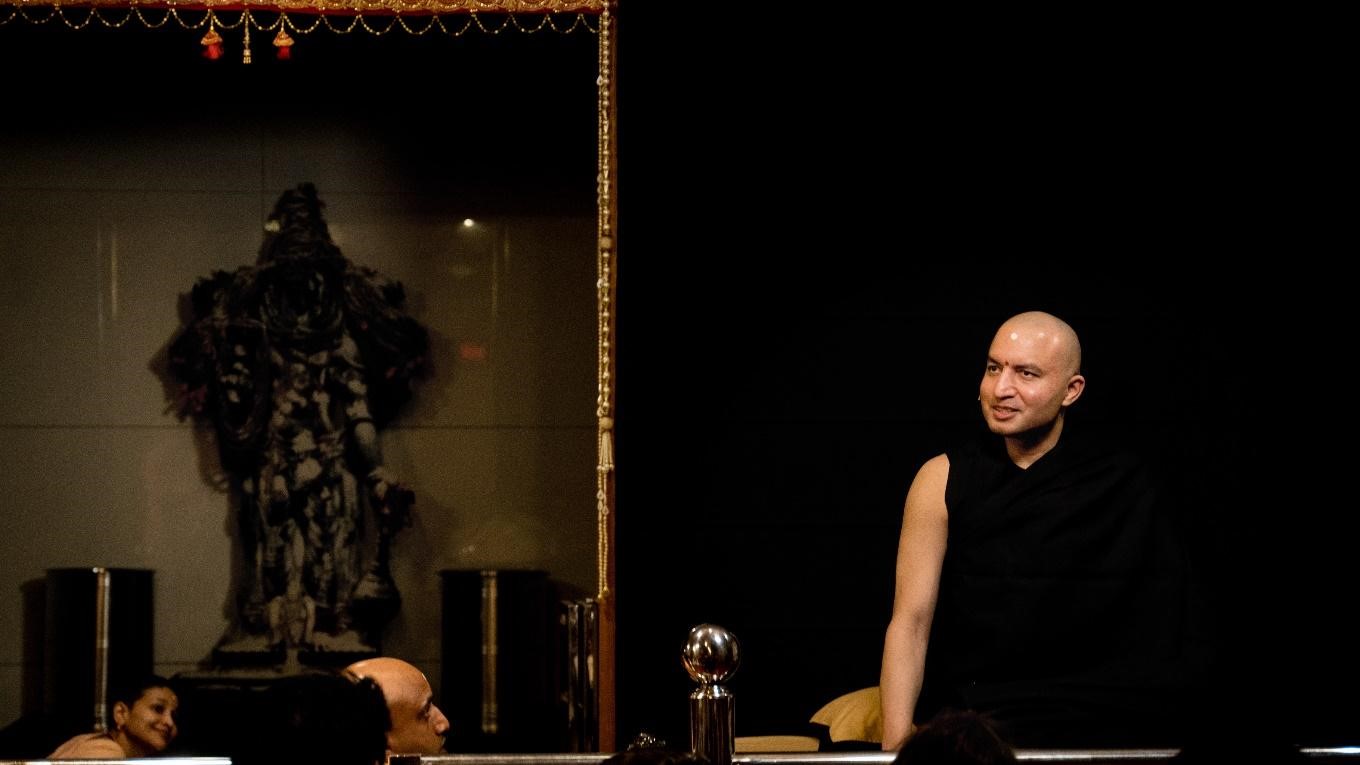 These words of wisdom were absorbed by a spellbound virtual and physical audience. The magical evening, resounding with the chants of Rudram and cries of Bhagwan’s glories, ended with Swamiji saying that Sri Badrika Ashram was a world in its own right. A complete world, keenly felt by all visitors, and even more by the residents of the ashram.