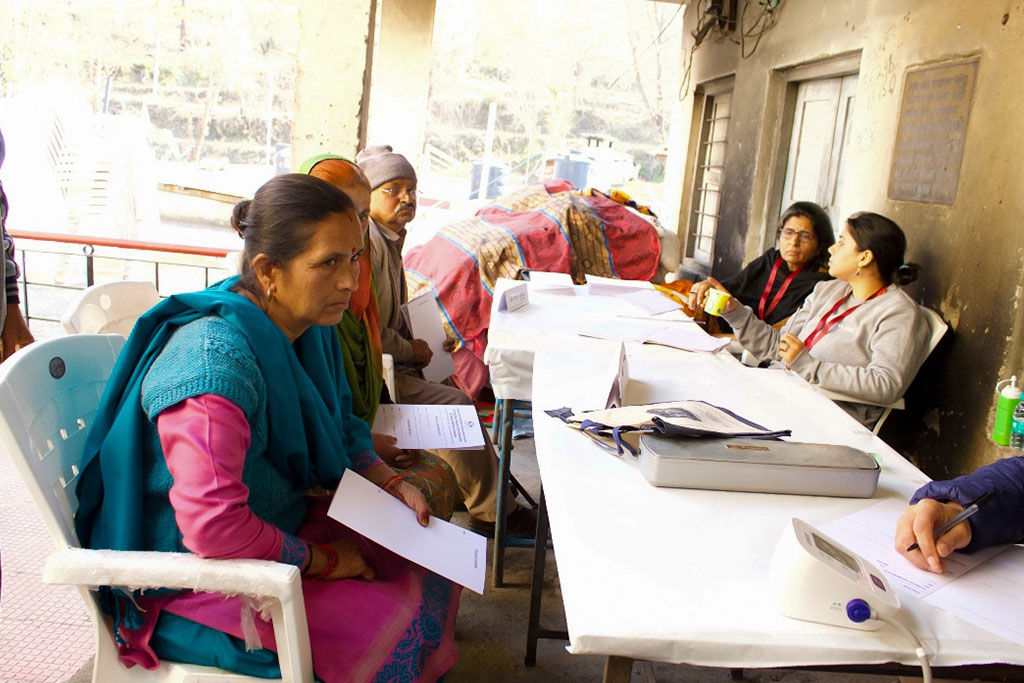 A free medical camp was conducted recently at the beautiful village of Daro Devria in Sirmaur District of Himachal Pradesh, on 23rd February, 2020. This was organised under the rural health and welfare initiative of the ‘Sri Hari Chikitsa Kendra’ at the Ashram, to enhance and emphasise awareness of preventive health care in the villages around. It aims to empower individuals and rural communities to choose healthy behaviours and make changes that reduce the risk of developing chronic diseases.

At this camp too, the villagers were screened for major ailments. Help was extended wherever possible to arrange economical treatment for those in need. 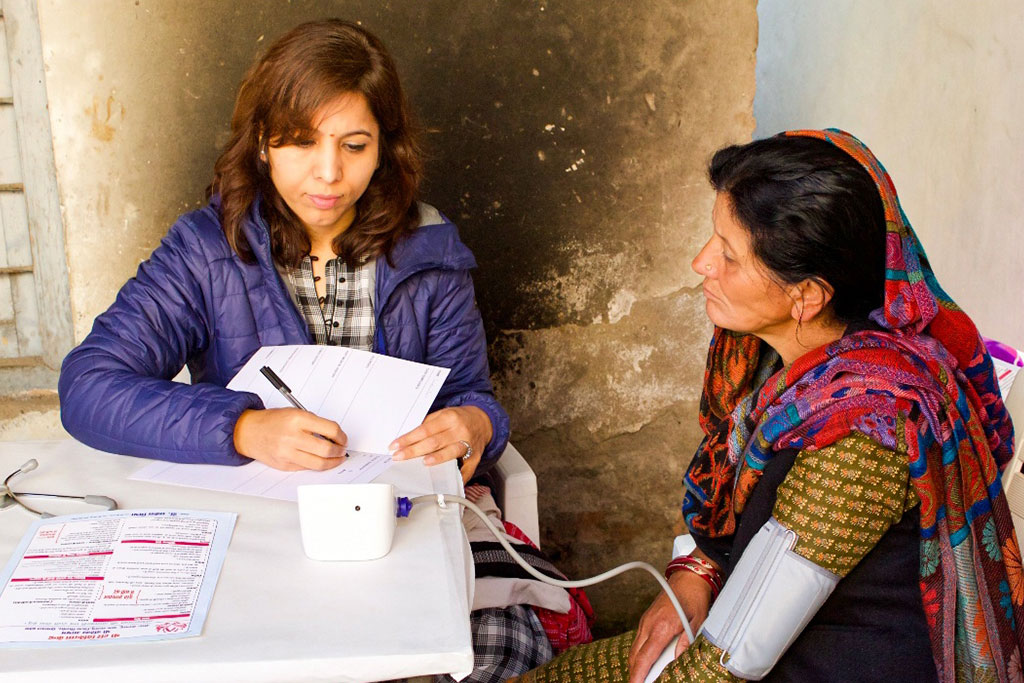 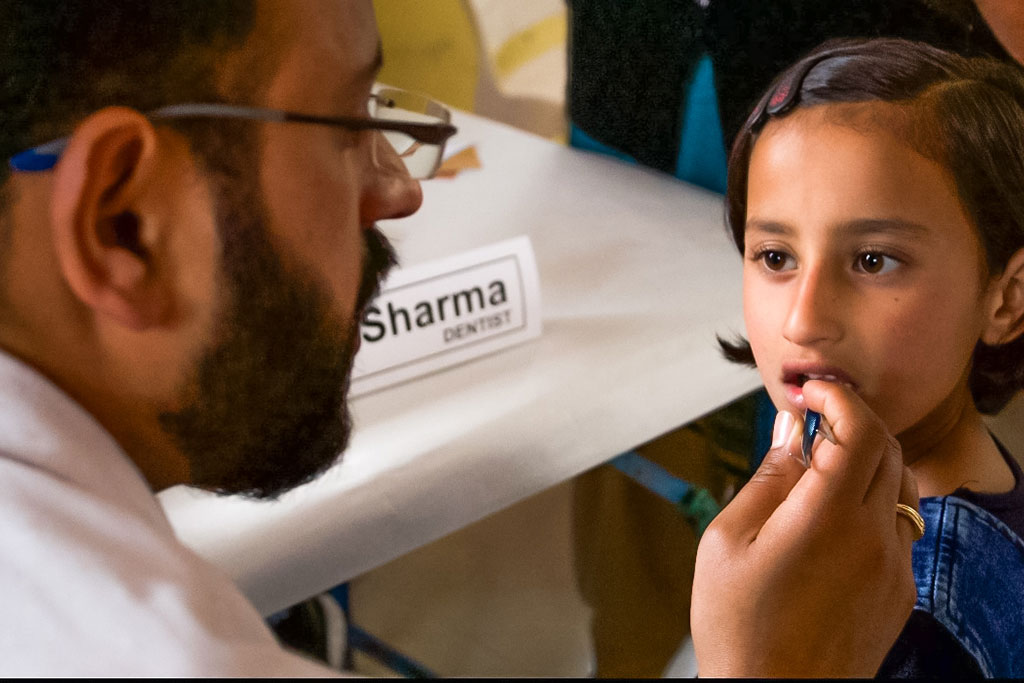 A competent team comprising 6 devotee doctors, 3 doctors who travelled specially from Solan, 2 pharmacists, a nurse and 11 volunteers was put together, to swing into action and extend medical assistance to the residents of this remote spot in the mountains. 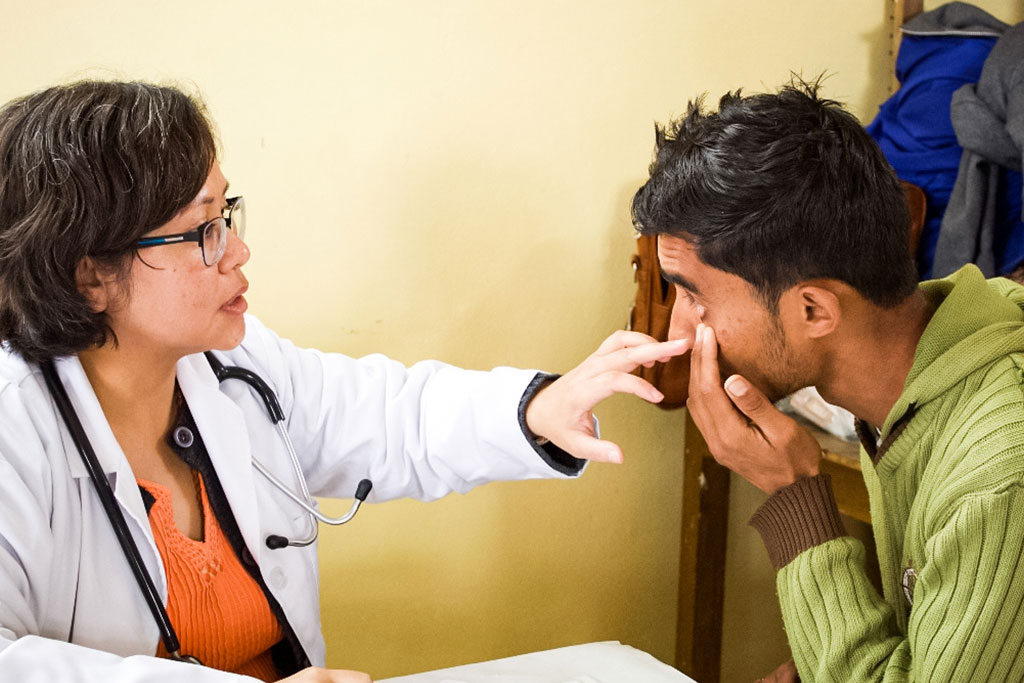 The comprehensive panel of doctors included a general physician, a paediatrician, an orthopaedic consultant, a radiologist, a team of dentists and an obstetrician & gynaecologist. Near vision eye testing, children and women’s health and hygiene counselling was also provided.

Conducted at the Panchayat house, the response was overwhelming, despite the rain and chilly weather. More than 160 patients arrived, between the age groups of 1.5 years – 80 years, not only from Daro Devria, but also the surrounding villages like Rajgarh, Ajga and Kathla. More than 300 consults were provided across the board and screening was performed for major ailments like COPD, hypertension, asthma, amongst others. Medicines and corrective spectacles were provided free of cost to those in need.

The village Pradhan, Geetaji, welcomed everybody warmly and expressed gratitude for the assistance and support extended to them. This village has a micro population of less than 200 people, with the nearest major hospital located more than 1.5 hours away. 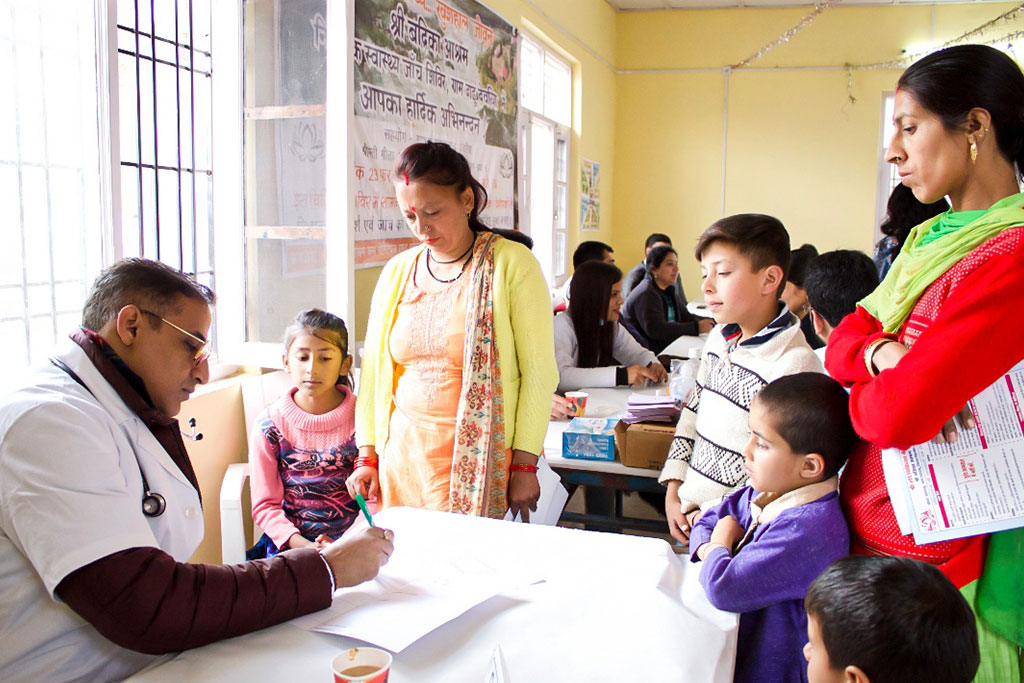 It was indeed a blessing that Swamiji’s mother, Matarani, graced the camp with her radiant presence, motivating everyone with her gentle words of encouragement.

Swamiji also reiterated the importance of supporting the cause, later that evening, as he acknowledged the contribution of the team of doctors and volunteers. He remarked that, for somebody who is ill, a good doctor is no less than God. 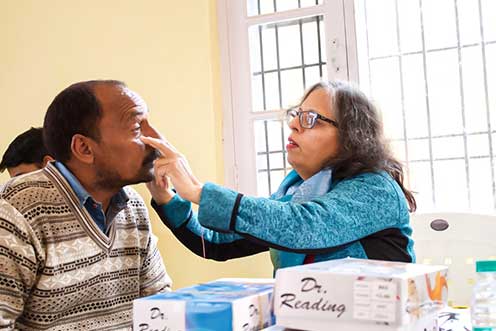 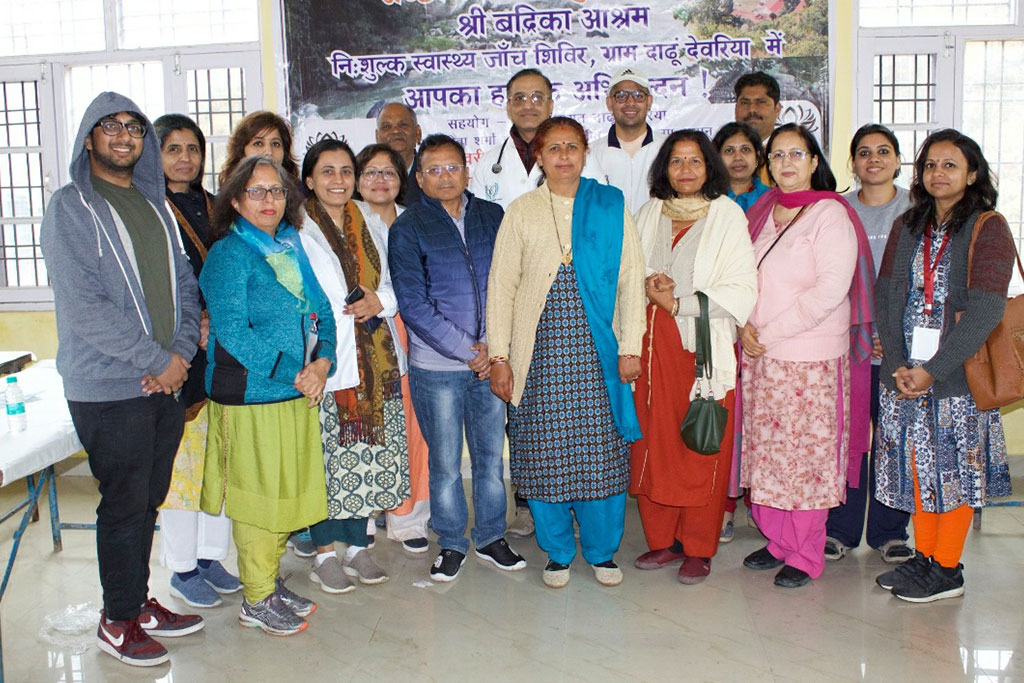