The religious festival of Navaratri, invoking the nine forms of Devi, was devoutly celebrated at the Ashram, between September 29 and October 7. The highlight of this novena was the daily Abhishekam of Sri Hari accompanied by the collective chanting of the beautiful Vishnu Sahasranama in the mornings and glories of the Mother Divine through the Lalita Sahasranama in the evenings.

A book reading session followed by contemplation and sharing, based on Swamiji’s book, ‘Kundalini: An Untold Story’ was conducted daily by Sushree Nishtha Om. “These sessions alongside private meditations led to a deepening of my spiritual experience,” stated an ardent worshipper of Devi.

For the first time since its inception, the Ashram gates were kept open till dawn for the Devi Jagran held on October 2. Ashram residents, village folk and visiting devotees, all pitched in to make the necessary arrangements to welcome Devi. “I feel honoured to be present here in Devi’s Durbar,” expressed a local woman while her eyes welled up as she looked up at the star-studded sky. The vigil began with the ceremonial lighting of the lamp in an invocation to Devi. Adding colour to the Jagran was a folk singer from Solan. As darkness fell, the enthusiasm among the devotees intensified with their earthy singing, and the strains of their voices in unison seemed to reach the skies. 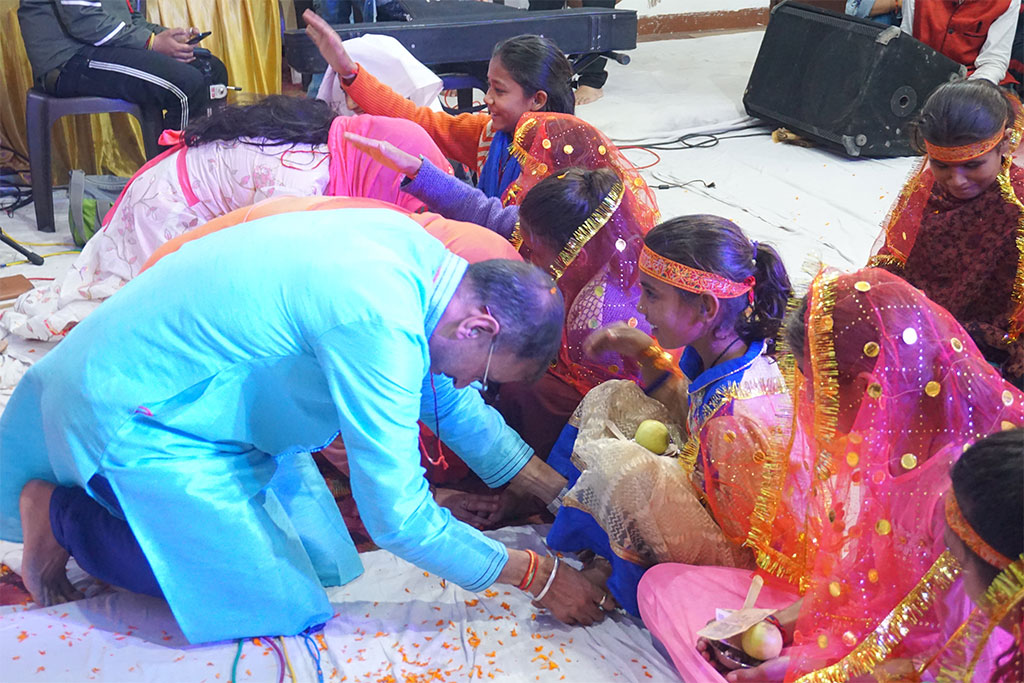 As is customary of most such gatherings, a Bhandara (a celebratory community meal marking the culmination of a religious celebration) was prepared meticulously in the Ashram kitchen. The Jagran came to a close at 5 am with the aarti, after which devotees returned to their homes in silent gratitude.