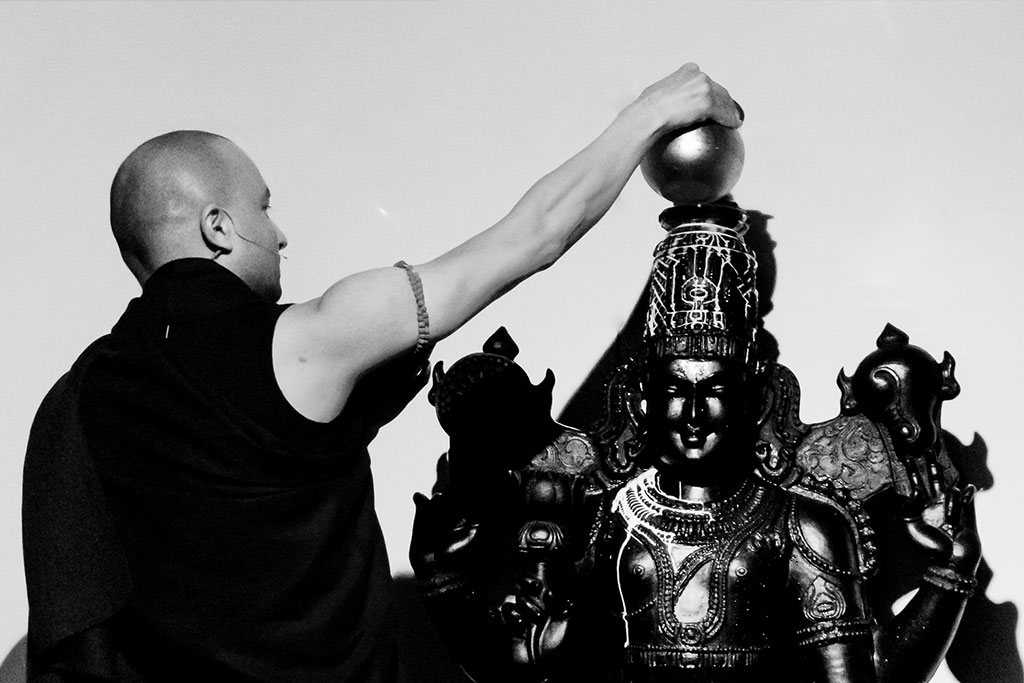 The splendorous festival that celebrates the primordial union of Lord Shiva – the Foremost Yogi with His eternal consort, Mother Divine is Maha Shivaratri. It is a sacred night that honours divine love and symbolises the inner transition from the darkness of ignorance to the light of divinity, wisdom and liberation.

It was celebrated on 21st February at the Ashram amidst great excitement and joy. That evening, Swamiji performed a special Abhishekam on Śrī Hari who looked radiant in a crimson red and gold vastram, adorned with fresh Bel patra (leaves), lotus and marigold flowers in his powerful Shiva – Shakti swaroopa (form). 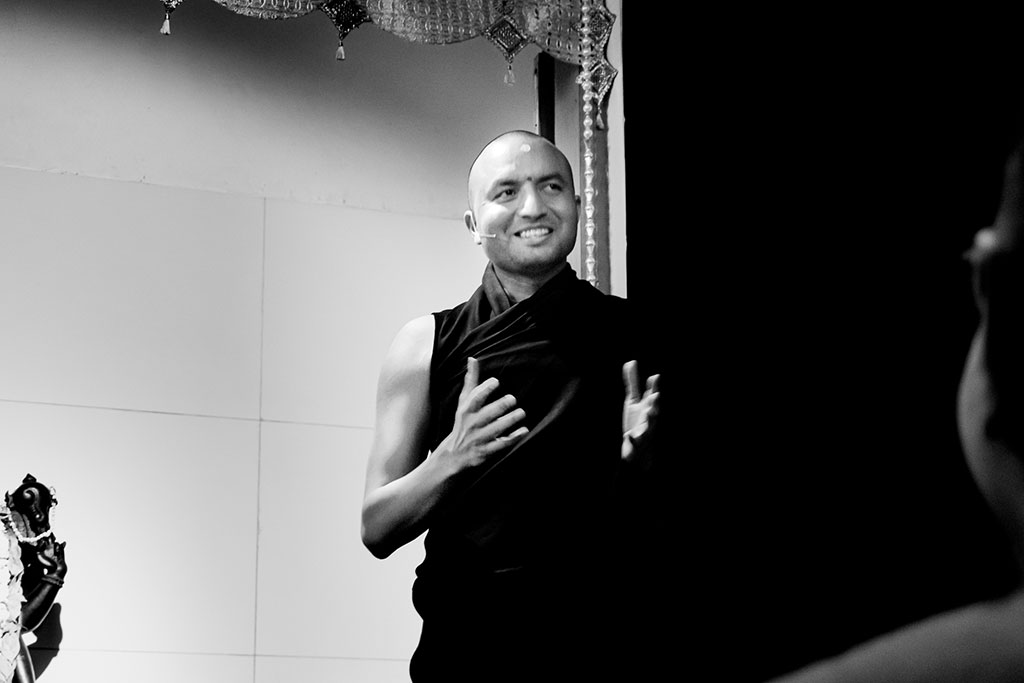 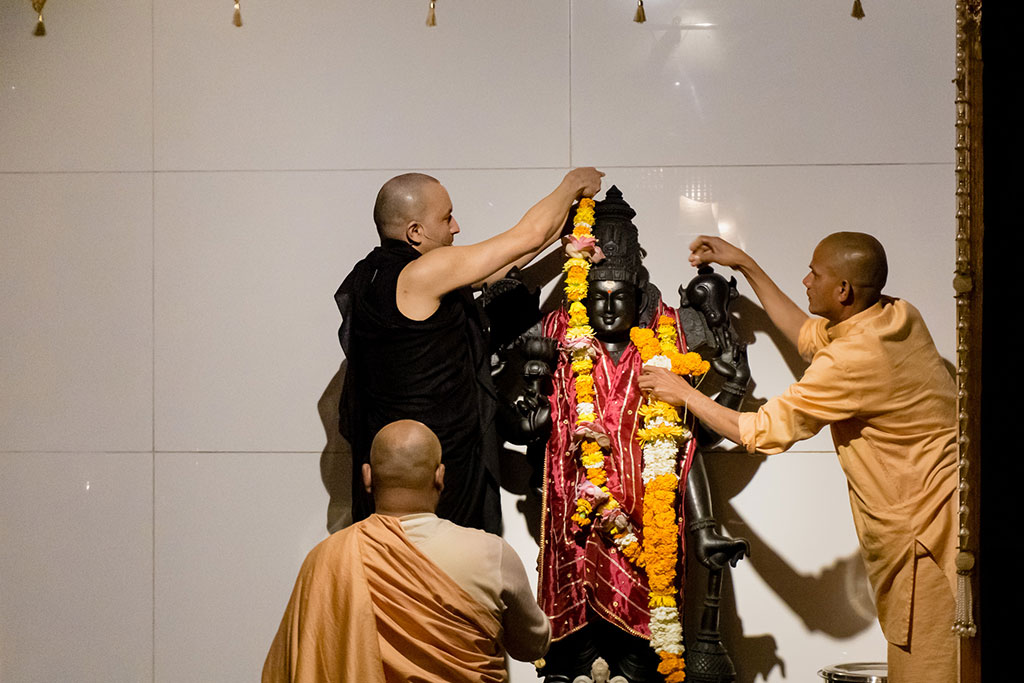 Swamiji commenced the blessed ceremony with esoteric mudras (ritual hand locks) shown to the sacred idol, along with transcendent Vedic mantras chanted by an ardent devotee – Prasad Parsuraman. He beautifully chanted the Śrī Rudram followed by Chamakam from the Yajur Veda, while Swamiji simultaneously poured holy offerings of water, milk, curd, honey, vibhuti (ash), kumkum (vermillion) and haldi (turmeric), all over the dazzling form of the Lord.

Swamiji mesmerisingly invoked Shiva-Shakti, draping the idol in several hundred Rudraksha (beads) malas. The Mahayogi’s powerful presence became apparent, as the crown transformed into matted locks and the ash smeared as bhasma, shone on the majestic form of Lord Mahadeva. 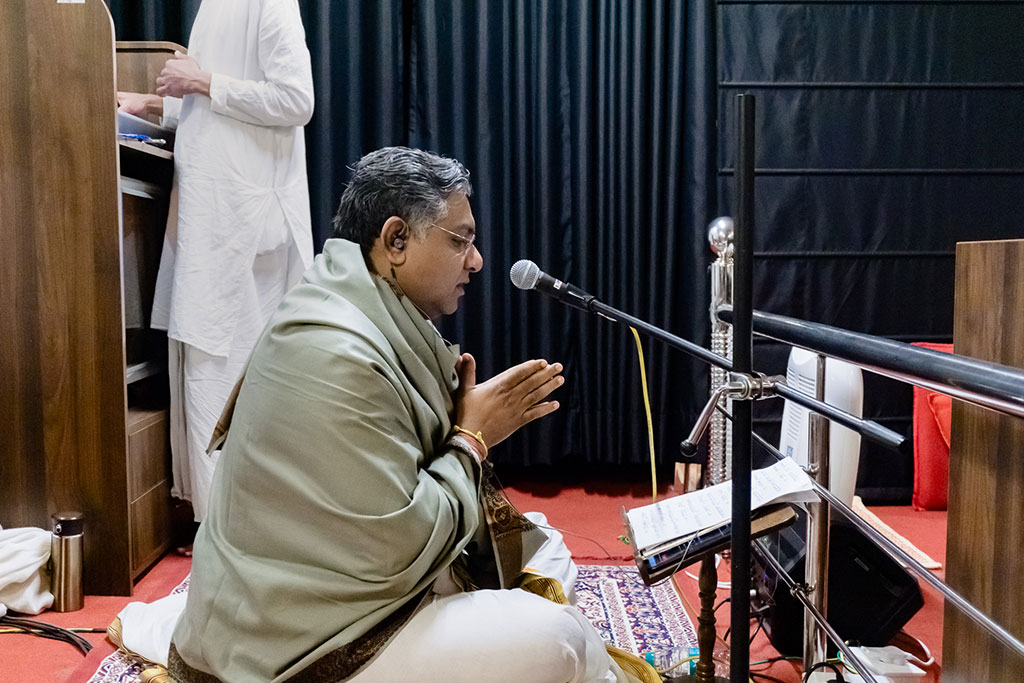 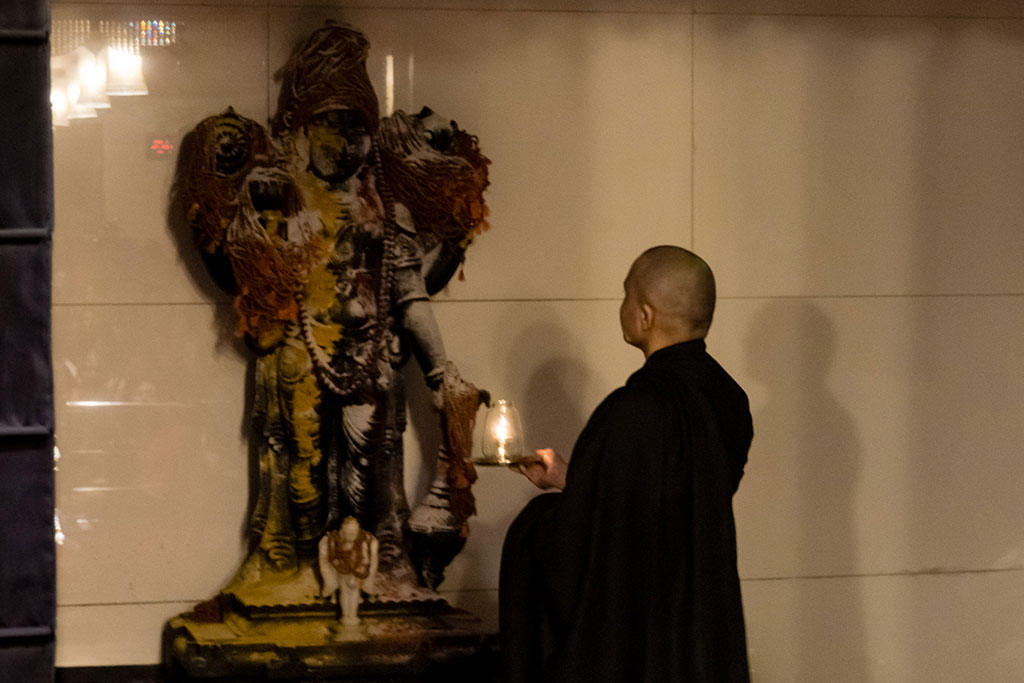 The inner sanctum sanctorum (Garbhagriha) curtains were drawn briefly and when they reopened, the lights had been turned off, much to everyone’s surprise. It was a breathtaking experience, as Swamiji adoringly worshipped the Divine with an exquisitely lit glass lamp in his hands, that warmly illumined the Garbhagriha with an ethereal, mystical glow, accompanied by the chanting of the ‘Ardhanareeshwara stotram’. The ‘Śrī Hari Aarti’ was sung thereafter, with ardour and devotion.

Swamiji contentedly remarked with a smile, “mere liye adhbut anubhav tha…” (it was an extraordinary experience for me).

He shared how his first vision of Lord Shiva in a dream, when he was merely 8 years old, was the turning point in his life. He also spoke about the intense sadhana he undertook, to have a darshan (vision) of The Divine Mother. “When we know what we want to do with our lives” he said, “then nothing else matters. In that context I’ve only done ‘sadhana’ in my life and I have only one specialization, which is ‘Meditation’, everything else is auxiliary.”

He concluded with an eloquent message to all seekers, on the yardstick to measure spiritual growth, “In my view, if you are becoming more tender in life, if you are becoming increasingly more stable in your life, if now lesser and lesser things disturb you, if you feel your negativity going down, you are on the right track. There is no other benchmark…”

As the spirited festivities and kirtan continued on into the auspicious night, the euphoric devotees basked in the glory and grace of Bhagavan. 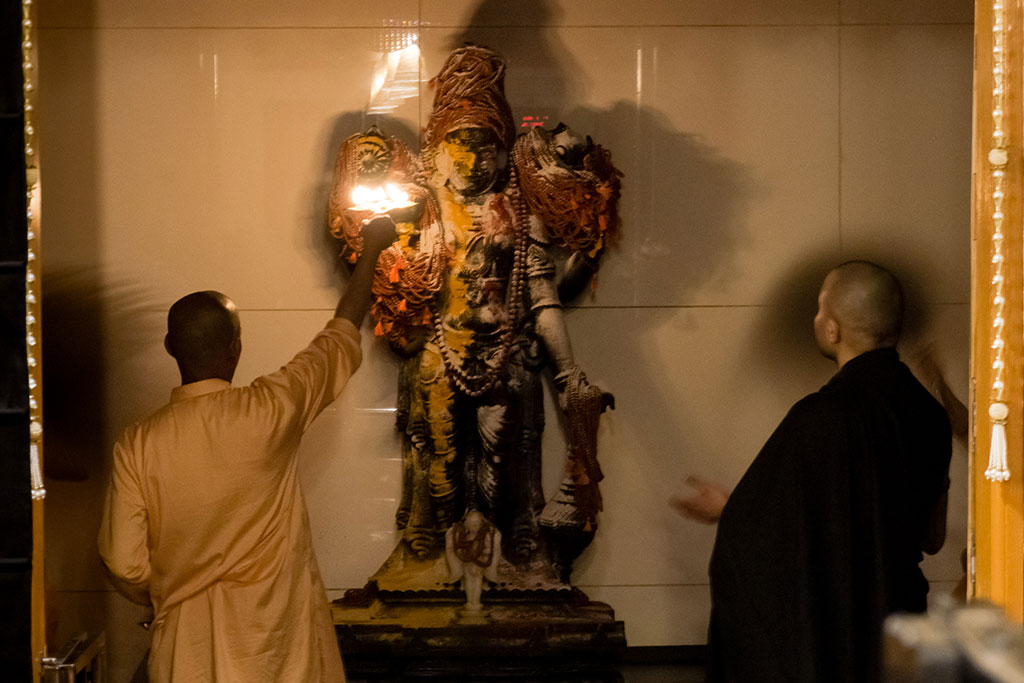 Watch the beautiful video based on Shivashtakama, a Vedic eulogy to Lord Shiva, the foremost yogi. Click here