Led by eager devotees, a short cleanliness drive was organized at the ashram on November 27th, 2022.

Deeply concerned by the accumulating garbage along the banks of the Giri Ganga, devotees initially planned a cleanup during the Sri Suktam Sadhana. But owing to the rigorous sadhana schedule, the plan was postponed to the next event. 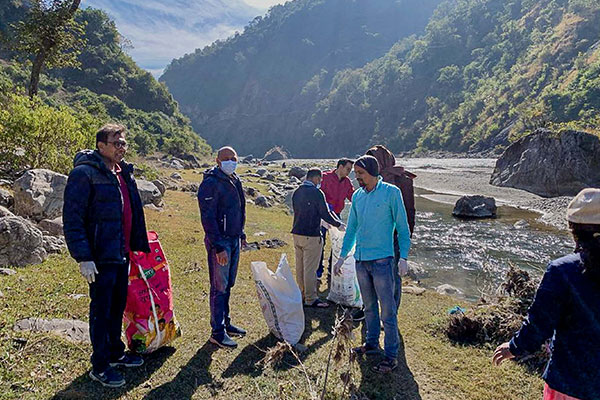 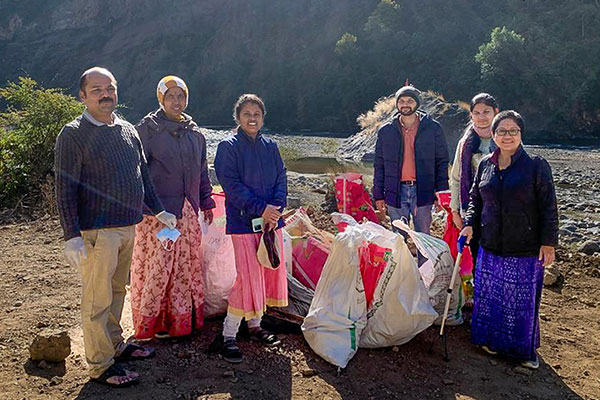 Thirty enthusiastic volunteers, armed with josh (fervour), garbage bags and other necessary tools, set to work at 10:00 AM. They cleaned the meditation hall, followed by the yagyashala – the main avenues of action during the 16-day Sri Suktam Sadhana.

The team then moved on down to the river bank, which was littered with plastic and other rubbish.

“There was a huge amount of trash strewn along the river bank. It will take a minimum of 10-12 cleanliness drives to make a dent in clearing up the whole place,” said the contingent leader. He recommended a fortnightly or monthly cleanup to prevent the garbage from piling up again.

It was a lot of hard work, and the hot weather made it more arduous.

The volunteers returned at 11:30 AM, exhausted, but exhilarated from their clean-up expedition. Such is the passion for service at Bhagavan’s abode that some of them went straight into lunch service, pausing only to freshen up.