The Jay Chaudhary Webinar was hosted on 31st July 2022. Among many famed accolades, Jay Sir is an innovator, influencer and accomplished entrepreneur, having founded a series of successful companies, the latest being Z Scaler (a public company since March 2018, with a current market capitalisation of $27.6 billion). The Sri Badrika Ashram expresses its sincere gratitude to Jay for supporting its scholarship and mentoring programme; for sharing his life journey and inspiring young minds.

Mentors and successful people are mirrors who reflect the invaluable results of the consistent art of qualitative focusing. A tête-à-tête with the impeccably knowledgeable and successful Jay Chaudhary sowed the seeds of profound self-introspection amongst the SBA’s scholarship recipients. This webinar was hosted online by Sri Badrika Ashram on the 31st of July, 2022.

If you love your life, don’t waste your time because life is time.” 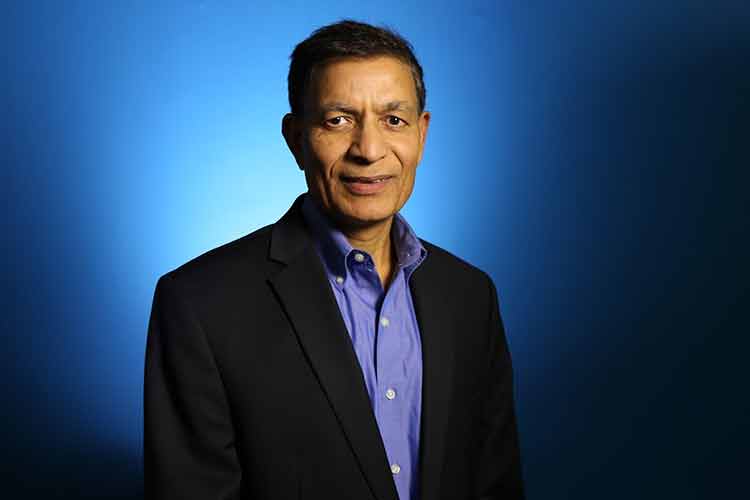 Known for his distinct passion for living life wholly, Jay Chaudhary caught the student’s attention with his opening words. His focus on constraints people faced at different stages in life made the students warm up to him. Students faced the constraints of mounting expenses, arduous study hours, exam nervousness and results. At the same time, he categorised that people at work are embroiled with the rigours of their duties and performance. This monotonous cycle is often marked by stress, he pointed out. Coming from someone who has mastered the art of learning and living, a renewed surge of energy and a shift in perception seemed to envelop all the attendees, including students and mentors.

Jay’s genuine interest in the students became apparent with his query regarding the level of education pursued by the students in the audience. While few would successfully achieve what they were looking for, some would trudge along, and others would probably lose sight. He emphasised discovering and acquiring a constant state of mind to combat this uncertainty. “Feed the mind well. Identify a specific goal and be focused.” This opens the doorway to a consistent state of fulfilment.

Students at the threshold of entering the world on their merit and wanting to engage in entrepreneurial ventures discussed their dilemma of education as a prerequisite for entrepreneurship. It was argued that anyone with money could launch themselves as an entrepreneur. Jay Chaudhary made it clear to students that quick rich pursuits end in disappointments. An ardent fan of teaching, he busted this misleading notion and attributed mediocrity and the imminent failure of many start-ups to the sheer lack of education. Start-ups, he advocated, should be undertaken only if augmented by passion and desire to do something colossal, with the awareness of it being a journey, a long one at that.

Shedding light on recruitments in his company, Jay revealed that degrees were a filtering process. “It is always the knowledge that matters for me,” he voiced, giving students a peek into the mind of what an employer would look for at recruitment.

While he appreciated networking for acquiring contacts, sharing experiences and learning, but not at the cost of one’s core stuff and a job that ought to be delivered. Acknowledging the meaningful efforts of a handful of exceptions who succeeded despite education, he urged students to pursue their education at all times. Appreciation, he said, would follow. He illustrated his point with the famous success story example of WhatsApp, which stood out among thousands that never took off or even failed.

Jay Chaudhary drew attention to those who would immerse themselves in work for other companies. He explained that the organic growth of a company entails hiring, leading and managing people. Having said so, he also humbly admitted to not succeeding many a time despite adequate preparedness. “Life is never a straight line,” he deduced. He embraced his failures as teachers which guided him to realign and renew his efforts. His mantra of “Do your best and leave the rest to God” motivated him to work hard, go the extra mile, and adopt an attitude of equanimity in the face of failure.

“It’s an Indian perception to view a student who has studied abroad as good, but this perception is now changing”.

Mr. Chaudhary had pursued his higher education in the US, and students wanted to know if degrees attained abroad held more weightage for securing employment.

Jay did not think investing large sums of money in foreign degrees and then returning to India was a good idea. A foreign degree on its own can’t be regarded as an accurate indicator of a candidate’s talent and commitment, he stated. Jay Chaudhary advocated the study of Software Development – the doorway to many jobs – as he strongly believes in the IT space in today’s businesses.

Students listened and retained three predominant impressions – pride in one’s roots, resilience amid adversity and responsibility towards one’s education. Mr Chaudhary came across as a real person as he confessed to seeking to strike a balance between his agrarian background and the world outside his tightly knitted home and closed community. All this was compounded by cultural differences and limited English. This put the young minds at ease and the feeling that they could also aim for the stars.

“Work hard,” he reiterated at the end of the session, “go the extra mile, and deliver more than what you are paid for.”