This Diwali, a close-knit ashram family and a handful of devotees warmly welcomed the light of our world, Om Swami. As daylight receded, a multitude of colourful electric lights twinkled, lighting up the efforts of those at the ashram. The many trees in the garden, laden with lights, were reminiscent of the brightest stars. The base of the temple’s outer walls lined with an unending array of flowers and illuminated with votive lamps seemed to be vying for their space to welcome the Lord.

Longing for the spiritual celebration to begin, all eyes were focused on the temple door, waiting for Swamiji. He arrived at the designated time, and his grace-filled greeting satiated everyone. Being Diwali, the night of Ma Laxmi, he began the discourse by singing the ‘stuti’ to the ever majestic Mother Divine. 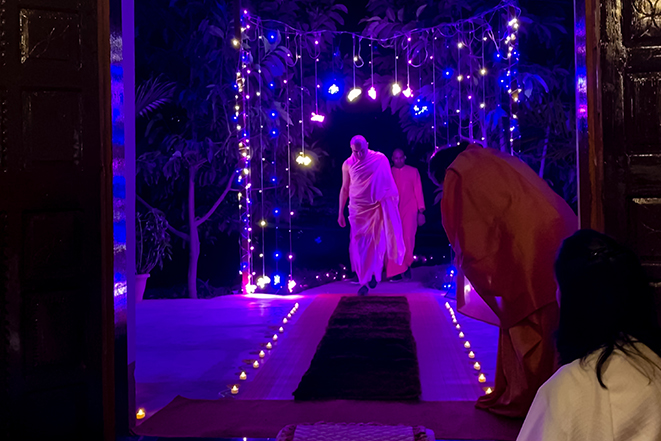 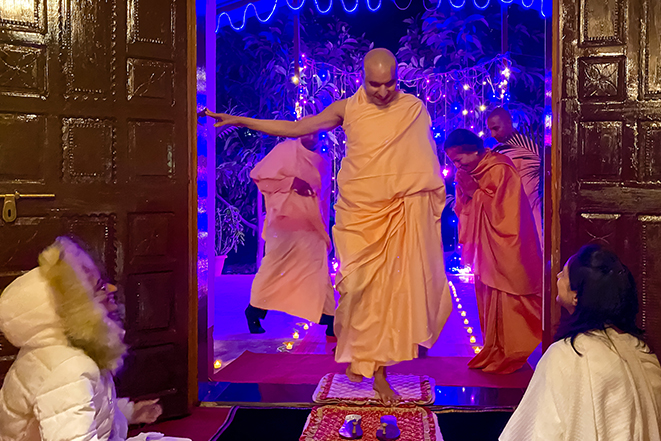 ( How can one sing the glories of Divine Mother Lakshmi?)

This Diwali, Sadhvi Vrinda Om voiced a pertinent question to Swamiji – how does one move closer to Mother Divine? With divinity radiating on his face, he replied, “If you want to know about someone’s likes or dislikes, there are two ways; either you ask a third person, or you ask the person directly.”

In continuation, Swamiji then narrated the parable of Bhagwan Indra in which he directly asks Mother Divine, what could constitute a befitting praise and glorification to her. The Divine Mother revealed ‘The Lakshmi Tantra’ as the befitting form of worship and tribute to Her.

Expounding further the context of Lakshmi Tantra, Swamiji shared that one could do short sadhanas (prayer-filled purificatory rites with specific injunctions) for various intentions. Swamiji always encourages purity (Satvikta) of mind, thoughts, and action. He made an interesting observation about people who are convinced that the Divine can be attained by reading the Vedas, Tantras, or chanting mantras. He stated:

In the absence of Satvikta (purity), attainment is a far cry.

(Sri Narayan can be attained with purity and good deeds. Sri Bhagwan and Sri Mata reside in hearts that are brimming with purity.)

Drawing a clarification between Paap (misdeeds) and Punya (good deeds), Swamiji quoted from Maharishi Veda Vyasa who had made a clear distinction between the two.

In today’s competitive world where hurting has become the norm, Swamiji not only encourages us to not hurt but also advises that it is avoidable. He divulged that the secret to not hurting is to sometimes do nothing at all. There is especially no need to hurt with words.

Good acts are mandatory prerequisites to spiritual activities like chanting, meditation etc. In the absence of these prerequisites, Swamiji elucidated, one’s devotion becomes bereft of spiritual grace and strength. It is incomplete and leaves us spiritually weakened.

Swamiji announced a 16-day Sri Suktam Sadhna, starting from the magical night of Diwali in 2022. 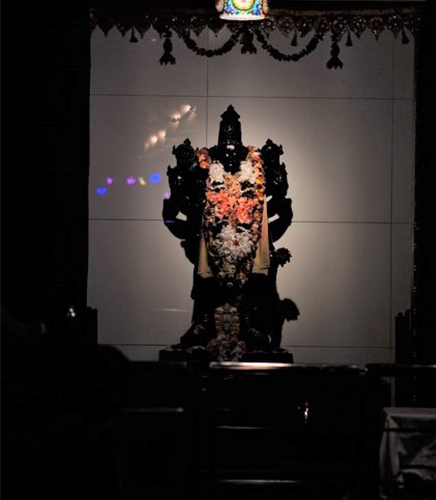 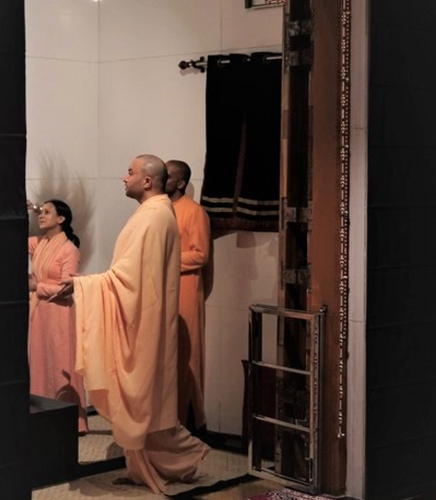 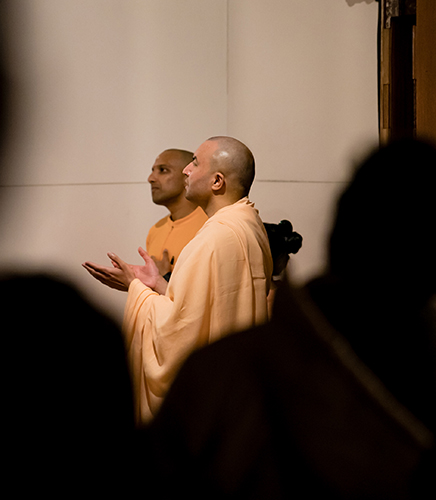 The beautiful evening ended with the divine Sri Hari Aarti. At some point, the voices that merged as one seemed to reach out into the moonless night. The light had shone. And to the mesmerised devotees, Swamiji seemed to shine the brightest of all – the light of their world.

The light of our world.